This is a re post with added insight from Lee R. Christensen added below in blue 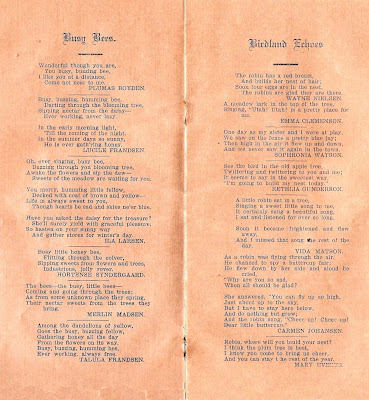 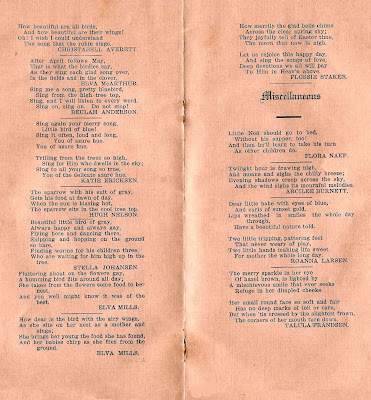 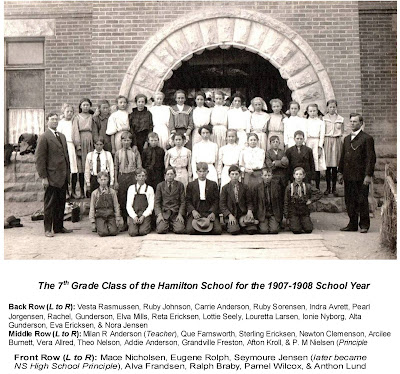 Comment from Lee R. Christensen Re: Poetry of Students, David Gunderson’s Collection: As usual, I may be stretching it, but: PM Nielsen shown as District Supervisor had a daughter, Margaret, who returned to North Sanpete High School about 1937 to teach English and girl’s PE.. PM, about then, living in Salt Lake City and a widower married Etta Rolph Peterson, a widow and originally from Mt Pleasant featured on theses pages as a young girl. Margaret I think was the producer, director and chorographer of the NS High dance revues. One number featured Joe Matson and a partner and could have made Broadway. Another one starring Lynn Paulson and buddies was unintentionally pure burlesque. Lee


Kathy: In an earlier comment I mentioned Margaret Nielsen who joined the North Sanpete High School staff for the school year 36-37. That was a sparkling year for new faculty at the school, most of it home grown. Eugene (Granny) Peterson, quarterback on the team in 1928, returned as coach. Grant Johansen returned as history/civic teacher and later was elected mayor. Harry Sundwall, from Fairview, was the typing/ short hand teacher and later a nationally recognized professor at Arizona State Univ. Margaret moved on to become the third or forth highest ranking WAC in WW2. lee
Posted by Kathy Rigby Hafen at 1:11 PM No comments:

Reading your posted news clip “Camp San Luis Obispo” where a dozen or so artillerymen from Mt Pleasants Btry “D” are mentioned recalled, for me, that pre war summer of 1941.

National Guard units prior to call up were at about ½ strength – when we went to summer camp we hired cooks – only two of our four howitzers were manned. So on call up we had many vacancies. Locals and near locals joined to get their year of military service over with in a home town unit. Prior to call up I do not recall anyone from Spring City, Fountain Green and certainly no one from Indianola in the unit. Jacob Houtz joined from Indianola, Vernal Christensen along with a half dozen others from Spring City and Cliff Anderson form Fountain Green. Some out of County students from Snow College, Walt Goodwin from Wayne County, joined Btry D rather than the Ephraim Band or the light artillery Manti unit. Some long range thinkers may have seen a war in our future but most of us just wanted our year of military service out of the way so we could get on with our lives.

Another big recruitment plus for Btry D was the local CCC camp. At least half a dozen men from there joined and in the case of Jones Belcher from Alabama we got an experienced military cook. Two others from the news clip, Clyde Tucker and John Milner were CCC transfers, both southern, Georgia and Tennessee.

The extension of The Draft Act, by one vote, late summer of 1941 meant the national political leadership was getting serious about the possibility of war. The extension meant National Guard units and draftees could be sent overseas. In October, prior to Pearl Harbor, Mt Pleasants Btry D along with the rest of 2nd Bn 222 FA, Richfield and Cedar City, was alerted for assignment to the Philippine Islands, code name “Plum” to sail from San Francisco, 10 Dec 1941. The attack on Pearl Harbor intervened and the Unit had a totally different history as Btry “A” 204th FA.


Posted by Kathy Rigby Hafen at 4:02 PM No comments: