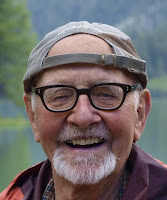 The following is taken from Lee R. Christensen's Book: "You Knew Me As Buddy"; a collection of letters he wrote to friends who grew up in Mt. Pleasant. Beth is Beth Lund.

August 7, 1998
Dear Beth,
A daughter of El’s would be a niece of Mary Margaret. If she lives in Delaware, she lives in
Mary Margaret’s backyard. Did she mention her? How is she?

El, Wasatch class of 1925—about 1 5 years older that we are. I do not remember her dentist
husband. If he practiced in Mt. Pleasant it was probably not for long. We had two other dentists.
Dr. Phillips married to an aunt of Mary Hafen. Lived down Jane Britton’s way. And Dr.
Peterson, the one the Christensen kids went to. He was a Fairview contemporary of Rosses.

At one time, Holman the doctor, Peterson, the dentist, and Christensen, the lawyer shared the
top floor of a building midway in the OM Aldrich block.
Dr. Peterson had a brother who was also a dentist—Glendale, California. Keith, his son and
a classmate of Ruths, also a dentist, LA area. All three grads of University of Southern California.
Saw Keith at Ruth’s North Sanpete 50th.

I have to guess that our Mt. Pleasant dentists had helpers, but if so, who were they? Holman
had Carrie Hafen as his nurse. Christensen had so little work as a lawyer that he mostly did
his own typing. Olea may have worked for him some. Patsy Hones mother, or maybe it was
her sister, typed some. He would occasionally have one of the high schools send a typist
over. Carol Reemtsma worked for him. I’ll have to ask her what he paid. Twenty-five cents
an hour would have been tops. Then again, maybe the high schoolers did if for the experience.

Carol worked at Wasatch for her board, room and tuition. I’m sure she was always short
spending money. She told me once that until she got to college she had never had a dress that
did not come from the Church’s charity box.

Carol’s mother was from a prominent Purdue University faculty family. Her maternal grandfather
had a Liberty ship named after him in WW II. Carol’s father, a Presbyterian minister
in the American Indian service. While all church mice are poor, church mice on Navaho
Indian reservations are poor poor. Kathryn Goudberg’s father also minister on Indian reservation.


Don’t shed any tears for Bill Clinton—unless you feel as I sometimes do in my more tolerant
moments, that he personifies the frailty of man. The Fall of Adam so to speak. He is intelligent,
good looking, energetic, charismatic, caring—and addicted. Lying being one of them.
And don’t shed any tears for Monica. She represents the klieg lights seeking notoriety of a
Hollywood wannabe who is a mean, greedy, scheming, blackmailer.

I wish it were a better world. But bad as it is—and it is very bad, it is better than it has ever
been. It is getting better, but probably not fast enough to save us from some megalomaniac
addicted to power-the ultimate addiction.

LR
P.S. Saga out about 20th In keeping with Utah History it will be delivered by Pony Express.

Be prepared to clean up after the horse.